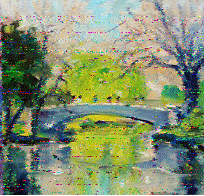 I received the SWRadiogram show for this week and wanted to share my reception because it was surprisingly excellent for a broadcast coming from Florida all the way to the UK!

I decoded these broadcasts using my Xiaomi Mi A1 mobile running the Tivar app with the phone’s microphone next to the speaker of my Etón G3 connected to my 18m long copper wire.

I really enjoyed the number of pictures and also having music alongside the Olivia 64-2000. The music made all the difference for someone who has to listen to the digital sounds as they can be fatiguing!

I will now attempt to post the images and text from the Radiogram; wish me luck!