Shortwave Radiogram for the 13th of May 2019

I received the Radiogram of the 13th of May 2019 and thought you might like to see my results!

Welcome to program 99 of Shortwave Radiogram

Here is the lineup for today’s program, in MFSK modes as noted:

A recent article in The New York Times reported that many garage
door openers and keyless vehicle entry fobs in an Ohio town near
Cleveland mysteriously stopped working. While the article invoked
The X-Files and hinted initially that a NASA research center
somehow could be involved, the cause was not so much mystifying
as arcane.

“Garage door repair people, local ham radio enthusiasts, and
other volunteer investigators descended on the neighborhood with
various meters,” the May 4 article by Heather Murphy recounted.
“Everyone agreed that something powerful was interfering with the
radio frequency that many fobs rely on, but no one could identify
the source.”

More than a dozen residents reported intermittent issues getting
their key fobs and garage door openers to operate, and most lived
within a few blocks of each other. At one point, the local power
utility started shutting off power to areas where the strongest
RF signal was detected, but the signal persisted. Dan
Dalessandro, WB8ZQH, a TV repairer, was among several hams who
investigated. He initially picked up “little blips” on a signal
detector, but finally, on one block and at a particular house,
the signal was quite loud.

“The source of the problem was a homebrew, battery-operated
device designed by a local resident to alert him if someone was
upstairs when he was working in his basement,” the Times
reported. “It did so by turning off a light.” The individual,
who, the article said, has special needs, was not identified for
privacy concerns. The inventor, who had no malicious intent, had
no inkling that his device was wreaking havoc on the neighborhood
until a North Olmstead City Council member and a volunteer
knocked on his door. The device operated on 315 MHz, the
frequency many keyless-entry devices use under FCC Part 15 rules.
The device’s battery was removed, the signal stopped, and all who
were involved breathed sighs of relief.

This is Shortwave Radiogram in MFSK64

After first being commissioned by the German state of Hesse in
August 2017 to build a stretch of electrified highway along the
Autobahn, Siemens has now added the finishing touches to the
system and fired it up for the first time. Intended as a greener
solution for road freight transport, the eHighway follows similar
installations in other countries and is hoped to demonstrate how
cleaner trucking can bring significant savings in fuel costs and
pollution.

Siemens’ first shared its idea for the eHighway back in 2012,
where hybrid diesel/electric trucks fitted with purpose-built
pantographs could tap into power lines running overhead to hum
along the highway at up to 90 km/h (56 mph) using electricity
only. It has since installed versions of this eHighway in the US
and Sweden, and has now inaugurated another along Germany’s
Autobahn.

The 10-km (6.2-mi) eHighway runs between Zeppelinheim/Cargo City
Süd interchange at the Frankfurt Airport and the
Darmstadt/Weiterstadt interchange and is the first time the
system has been tested on a public highway in Germany. If all
goes to plan, the system will demonstrate the feasibility of
overhead contact systems on the Autobahn, along with how much
energy they can save and pollution they can avoid.

According to Siemens, the system is twice as efficient as
internal combustion engines and therefore uses just half the
energy. If 30 percent of Germany’s highway truck traffic were
electrified in this way, and through renewable sources, it would
negate 6,000,000 tons of C02. €20,000 (US$22,400), meanwhile,
could apparently be saved by a 40-ton truck traveling 100,000 km
(62,000 mi) along Siemens’ eHighway. 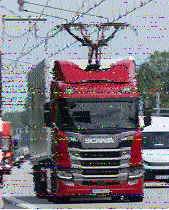 This is Shortwave Radiogram in MFSK64

The Summer 2019 of the Global Radio Guide, a Kindle book by Gayle
and Larry Van Horn, is now available. It’s “the only radio
publication that lists by-hour schedules that include all
language services, frequencies, and world target areas for over
500 stations.” Details at https://www.amazon.com/dp/B07R81NJHD/
… 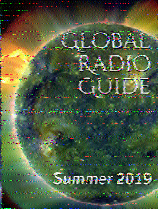 “The outer planets have long been neglected by our traveling
spacecraft: Only one mission has studied Neptune and Uranus, and
that was Voyager 2 nearly 30 years ago. It took this photo of
Neptune, the deepest of blue marbles, and it’s one of the only
ones we have of this 8th and outermost planet.” From
bit.ly/2DXOeAS … 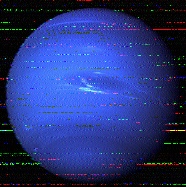 Japanese knotweed is an invasive species that has affected the UK
and increasingly the USA. See bit.ly/2ZXy83I … 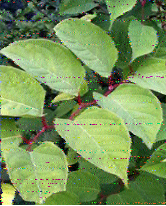 A woman dances with light at an event called ‘Catharsis on the
Mall’ in Washington, 4 May 2019. From bit.ly/2VtjK4D … 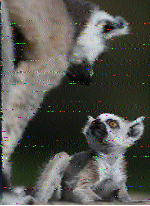 A baby sea lion sits in the back of a patrol car after being
rescued along busy Highway 101 in South San Francisco,
California, 30 April 2019. FromFrom bit.ly/2Yi75hQ … 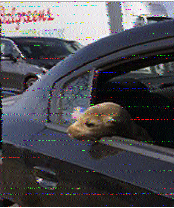 A cat named Rusty is rescued by his owner after he was evacuated
from his flooded residence in Sainte-Marthe-sur-le-Lac, Quebec,
28 April 2019. From bit.ly/2Yi75hQ … 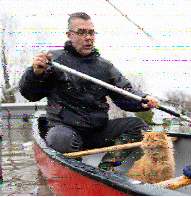 This millipede trapped in Burmese amber 99 million years ago is
the oldest of its order yet discovered. From bit.ly/2vTUFAx … 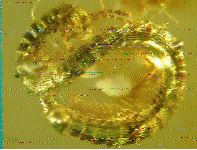 Our painting of the week is by Olha Darchuk. From bit.ly/2VRLsHD
… 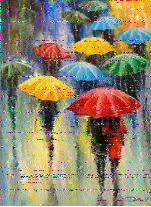 This is Shortwave Radiogram in MFSK32 …

Shortwave Radiogram is transmitted by:

I’m Kim Elliott. Please join us for the next Shortwave
Radiogram. 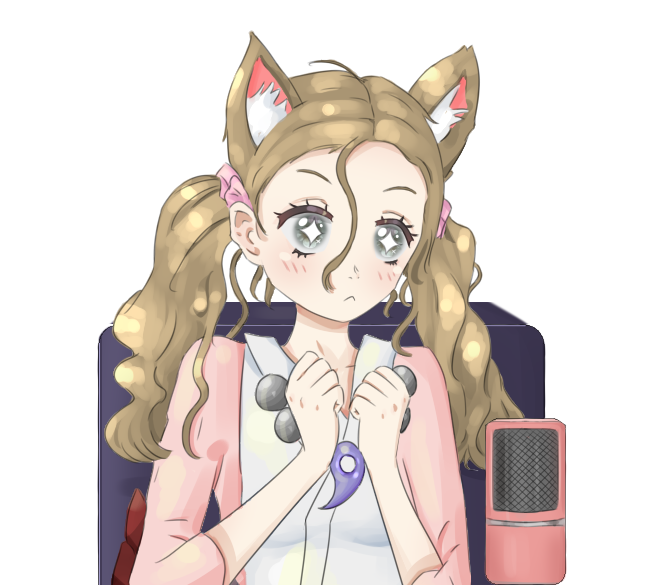